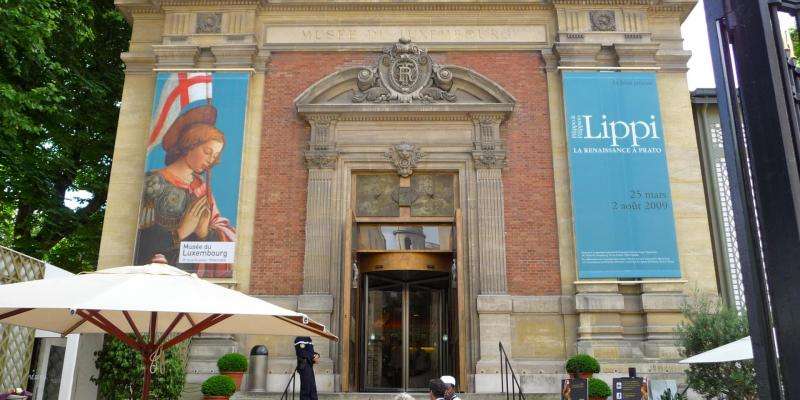 The Luxembourg Museum presents The Tudors

The Luxembourg Museum, the first public art gallery to be established in Paris, is just a few minutes from the Résidence & Spa Le Prince Régent. We are delighted to be situated so close to one of the most historically important museums in the capital, and we are delighted to recommend it to our guests. Of particular interest is a forthcoming exhibition dedicated to the Tudor dynasty, rulers of England between 1485 and 1603, a period of considerable change.

History of the Luxembourg Museum, a major exhibition space

The Musée du Luxembourg is considered to be one of the finest exhibition spaces in Paris, where visitors can enjoy the masterpieces created by Titian, Botticelli, Raphaël, Modigliani, Gauguin, Matisse and other great artists. The museum was originally established in 1750 in the east wing of the Luxembourg Palace, and the royal collection of paintings displayed there was accessible to the public, a relatively rare occurrence at that time. In 1884 the museum was moved to the building it currently occupies; the former Palace orangery. In 2000 responsibility for the museum passed to the Ministry of Culture and the French Senate, and it began to be used as a venue for temporary exhibitions, such as the eagerly anticipated one scheduled for March 18th to July 19th.

The Tudors exhibition at the Musée du Luxembourg

Ruling for a 118 year period that saw many momentous changes, the five sovereigns of the Tudor dynasty are some of the best known figures in royal history. Henry VII, Henry VIII, Edward VI, Mary I and Elizabeth I presided over a period that saw the end of the Wars of the Roses, the conquest of the New World, the Reformation, the Renaissance, the emergence of England as a major European power, and which culminated in the union of the kingdoms of England and Scotland under one crown. Great figures such as Sir Walter Raleigh and William Shakespeare strode the historical stage, and the arts, literature, science, philosophy and exploration were given the encouragement and space to thrive as never before.

This is the thrilling backdrop against which The Tudors, a new exhibition at the Musée du Luxembourg, is set. Organised by the Réunion des Musées Nationaux in partnership with the National Portrait Gallery, London, this exhibition is the first in France to deal with this subject.

During the Tudor period there was a strong demand for portraits of royalty and other aristocratic persons. To meet the demand artists came from the heart of the European Renaissance to be welcomed by the English royal court. From Italy, Flanders and the Germanic lands they travelled, bringing their vibrant new approaches to painting and spreading their influence, and so the English Renaissance was born. With portraits from the National Portrait Gallery, along with archival documents and personal artefacts, this exhibition celebrates a fascinating period of history while separating the real Tudors from the romanticised legends that sprang up around them.