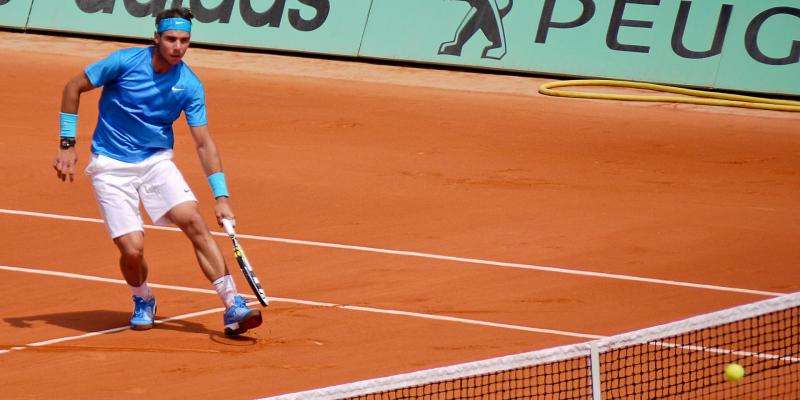 Come to Paris to see the French Open at Roland Garros

A major Parisian sports venue is the Stade Roland-Garros; a superb state of the art facility with so much to offer. It is here that an annual epic struggle takes place; a clash of sporting titans that reverberates around the world. It’s the French Open tennis championships! From May 24th to June 7th the eyes of the sporting world will be on Paris as the world’s greatest tennis players compete on the world’s most demanding playing surface for the right to take the honours in the world’s only Grand Slam tournament to be held on clay.

The French Open is the second of the year’s four Grand Slam tennis tournaments and the only one that is held on clay. The red surface seems to glow in the sunshine, presenting a picturesque backdrop as the tennis titans do battle.

The Roland-Garros stadium, named in honour of the first man to fly a plane over the Mediterranean, is located in the 16th arrondissement, and there’s plenty of public transport options available. There are three main courts and seventeen smaller ones. The Court Philippe-Chatrier, named after the brilliant French player of the 1940s and 50s, is the central court on which the finals are held. Who will we see battling it out on this hallowed clay on the climactic days of the 6th and 7th of June? Will Rafael Nadal, the King of Clay, seize the Men’s Singles crown for an astonishing tenth time, or will Novak Djokovic torpedo the Spanish ace’s latest attempt? Will Maria Sharapova win the Women’s Singles trophy for a third time or be beaten by her arch-rival, Serena Williams? You can learn the answers to these questions firsthand and be present at one of the sporting world’s most thrilling events this spring in Paris.

Something else that you should not miss while attending the French Open is the amazing French Tennis Federation Museum, designed by the renowned architect, Bruno Moinard. Across 2,200 square metres this superb multimedia museum houses the world’s largest collection of tennis memorabilia. Here you will find original trophies, pictures of all the great players, a multimedia library boasting over 4,000 hours of audiovisual programmes, including archive footage dating from 1897 to the present day, an extensive collection of the rackets of a host of champions, and over 3,000 documents relating to tennis, its illustrious history and the game’s precursor, Jeu de Paume. There is a permanent exhibition room, as well as two themed exhibition rooms offering rotating displays. Guided tours of the museum are a regular feature and are available in English.

Add to all this the excellent gastronomic options available throughout the Stade Roland-Garros, and you have an experience which can be enjoyed by all the family and should not be missed by anyone who has ever thrilled to this most dynamic and demanding of games.